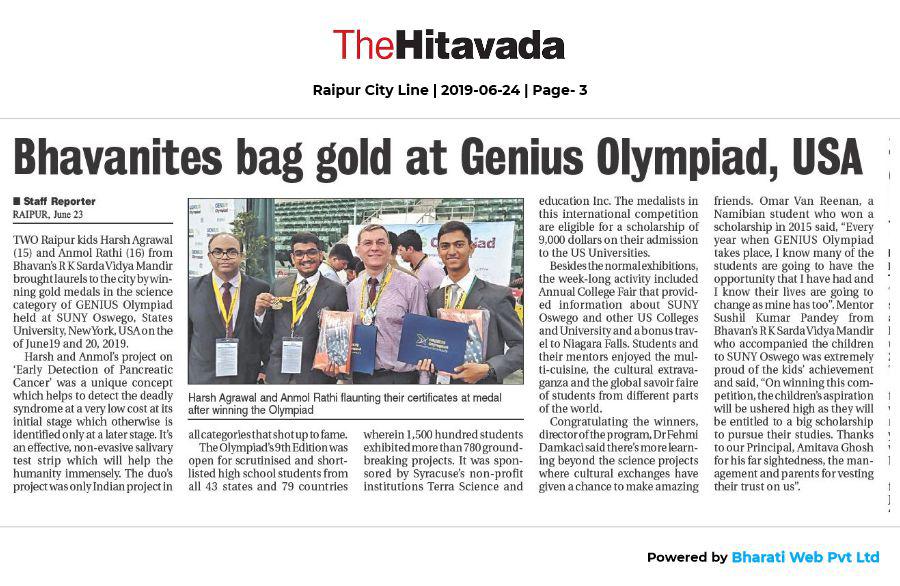 Pancreatic Cancer is one of the most life-threatening cancers in the world. It takes away lives of around 300,000 people worldwide. Currently, there’s an urgent need for the early detection of this disease to increase the survival rates of this deadly cancer.
Generally, it is diagnosed using:

But according to American College of Radiology, no imaging exams should be done unless there is a clear medical benefit, also these scans are too expensive, which is not viable for a normal person to regularly take these scans. Biopsies on the other hand, often lead to confirmatory diagnosis, but a doctor usually recommends a biopsy after the patient has presented with almost all signs for a tumor. As it is an Invasive procedure, a patient can’t take biopsy tests for general screening. Coming to the CA19-9 blood test, it has a poor specificity & sensitivity of just 65-70%, hence cannot be used as a screening tool for the general population.

Spermine as a potential Bio-marker

According to a recent study, it was found that an increase of poly-amine concentration in bio-fluids correlates with increased cell proliferation and tumorigenesis. In Carcinomas like that of the pancreas, significant up-regulation of the 4 different poly-amines were found to have significant changes in salivary concentrations of Pancreatic Cancer vs Non-pancreatic Cancer patients

Hence, Spermine was endorsed as a marker for Pancreatic Cancer.

Lateral Flow Assay for Analyzing the concentration of Spermine

We have designed a novel strip based assay to analyze the concentration of Spermine Protein through saliva. By the presence of 40nm carboxyl gold, a conjugate, it shows a color change at the control line, when target spermine present in the saliva binds with Anti-spermine gold-conjugated antibody & is detected by the Secondary detector probe.

After the test has been conducted, the intensity of the color change would be measured through a Convolution Neural Network based web application which would effectively confirm either the test showed positive or negative results & if positive then classify in which stage is the tumor most likely to be.

Check out the full Project synopsis at Google Science Fair.